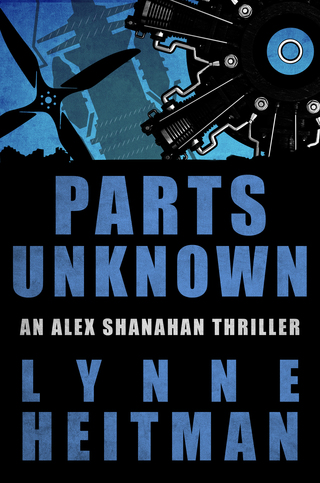 "An intricate and explosive thriller . . . Heitman plots this mystery with a sure hand, her airline experience and in-depth knowledge of the multi-million dollar 'used parts' business lending it a chilling reality . . . [a] tightly woven, compelling read." —PUBLISHERS WEEKLY (starred review)

Alex Shanahan's long career with Majestic Airlines died an ugly and premature death when she took on one difficult assignment too many. She came to Boston to run Majestic's notorious operation at Logan Airport, and ended up in the middle of a conspiracy of murder, negligence and corruption. She found the truth, but lost everything that mattered to her, including her job, her career, most of her friends and the man she adored. When a small start-up carrier in Detroit offers her a job, she knows it's her last best shot at getting back into the business she loves. But before she can report, a good friend of hers is killed in Miami.

John McTavish worked for Alex at Logan. A good employee and a decent man laboring among men who are neither, he was one of the best people Alex has ever known. When she was pushing for the truth at Logan, Alex made legions of enemies, but she found an ally in John McTavish, who overcame generations of mistrust between labor and management to stand with her against his corrupt union brothers.

Her unemployment insurance has run out, her credit cards are maxed and she needs to get to her new job, but Alex can't turn her back on one of the few friends who stood by her when others didn't. She takes a detour to South Florida, where she connects John's death to the dangerous black market for airplane parts—a lucrative and sordid business where stolen, damaged and scrapped aircraft parts are reworked, repainted, repackaged and passed off to airlines and legitimate brokers as new and airworthy.

Alex follows a twisted trail of corruption and deceit from the tallest towers gleaming in the Miami sun to the darkest heart of the Florida swamps, were drugs flow freely, life is cheap and a catastrophic plane crash is an acceptable risk of doing business.

—DALLAS MORNING NEWS
"Fast-moving and as fascinating as a natural disaster, the novel is suspenseful and electric and has the appeal of any insider story."

"Five stars. . . [an] action-packed tale that travels faster than the speed of the SST."