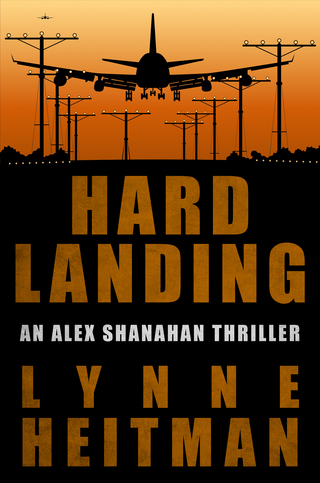 "Fasten your seat belt—this story, written by an airline industry insider, is exciting from start to finish." —AMERICAN WAY MAGAZINE

On a cold Monday afternoon on the North Shore of Massachusetts, the body of Ellen Shepard is found hanging in the attic of her home. She ran the notoriously brutal operation at Boston's Logan Airport for Majestic Airlines. When she died, she left no immediate family. She left no note. All she left was a reputation as a young, corporate superstar who went farther and faster than her experience should have taken her. The police have ruled her death a suicide. The official word from the airline is that she had personal problems, and that her death is a 'tragic loss to the Majestic family.' Some at Logan Airport know the truth.

Alex Shanahan loves the airline business. At thirty-four, she has spent her career at Majestic. Pursuing the jobs no one else will take, the ones she considers to be the best opportunities, she moves from airport to airport, city to city living among boxes she doesn't bother to unpack. Succeeding Ellen Shepard at Logan after the suicide is the perfect challenge for Alex.

But the Logan assignment turns out to be more challenging—and more dangerous—than Alex could have imagined. She discovers secrets and corruption at the heart of the airline's operations as she tries to unravel the mystery of her predecessor's death. Slowly she begins to realize that what she learns about Ellen Shepard—how she lived and why she died—will change the course of her own life forever.

"Intriguing . . . HARD LANDING goes down easy, and will keep you flipping pages 'til three a.m."

Bestselling Author of THE PERFECT HUSBAND

"Thoroughly engrossing suspense . . . An edge-of-your seat thriller that sweeps you up and carries you along for the ride."

"HARD LANDING delves beneath the ticket counters and departure gates to expose how both a major airline and a major airport really work...Highly recommended."