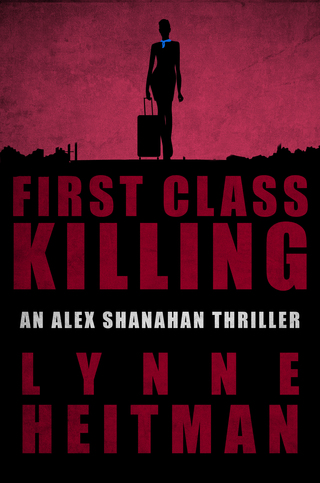 "Get ready for the plane ride of your life..." —OLD BOOK BARN GAZETTE

Alex Shanahan is not a very good flight attendant. While working a trip one afternoon, she accidentally dumps a carton of juice on the passenger she's serving. One of the flight attendants on her crew rolls her eyes and reports her to management. Again. Alex is on the verge of being fired for poor performance, which is a problem because she's working undercover on her first professional case, trying to bust a prostitution ring in the sky. No job means no case.

That evening, Alex meets with Harvey Baltimore, the MS-stricken licensed PI that is serving as Alex's partner and mentor as she tries to earn her own PI license. Harvey tells her that their client, the airline, is getting nervous. They've spent a lot of money already and are ready to pull the plug on the undercover investigation. Alex tells Harvey that the scam is an organized ring, not a bunch of freelancers, and bigger than anyone thought. If they really want to shut down the ring and get out of the prostitution business, she needs two more weeks.

Harvey gets Alex her two more weeks. She uses the time to get close to Angel, the ringleader of the group. Fierce and predatory, Angel will use anything and anyone, including Alex's younger brother, to keep her lucrative business running. She is more than a match for Alex—and someone who would rather die than lose.

"...this action-filled thriller packs an erotice punch. It gathers strength as it goes along..."

"Heitman is an excellent storyteller who creates wonderful and believable characters…First Class Killing will leave readers eagerly awaiting the next Alex Shanahan novel."